My husband and I staked a claim on this very sad, beat up old bookshelf that was left behind by a former tenant about 2 years ago.   It was VERY dark, almost black.  But I loved its primitive rustic look and determined to keep it out of the landfill and make it beautiful again.

There are a few things I find odd about this bookshelf though.  The top has a few rather large cracks in it and it's quite warped.  Also, I think it may have been a built-in at one time (perhaps in an old store) as the crown molding that leads from the shelves to the top is off centre and also the routered edge was amputated making that one side, completely flat.  I can only assume that that side was up against a wall, hence my ‘built-in’ theory.


I was never really intending to blog about this piece, so I neglected to take a before picture.  But it turned out so beautifully when I finished it, that I just had to share. So in lieu of a before picture, I found something similar just to give you an idea of what it looked like, minus the cracks, warping and some of the details etc.  Mine was also much darker, like coffee bean.  But it gives you a general idea. 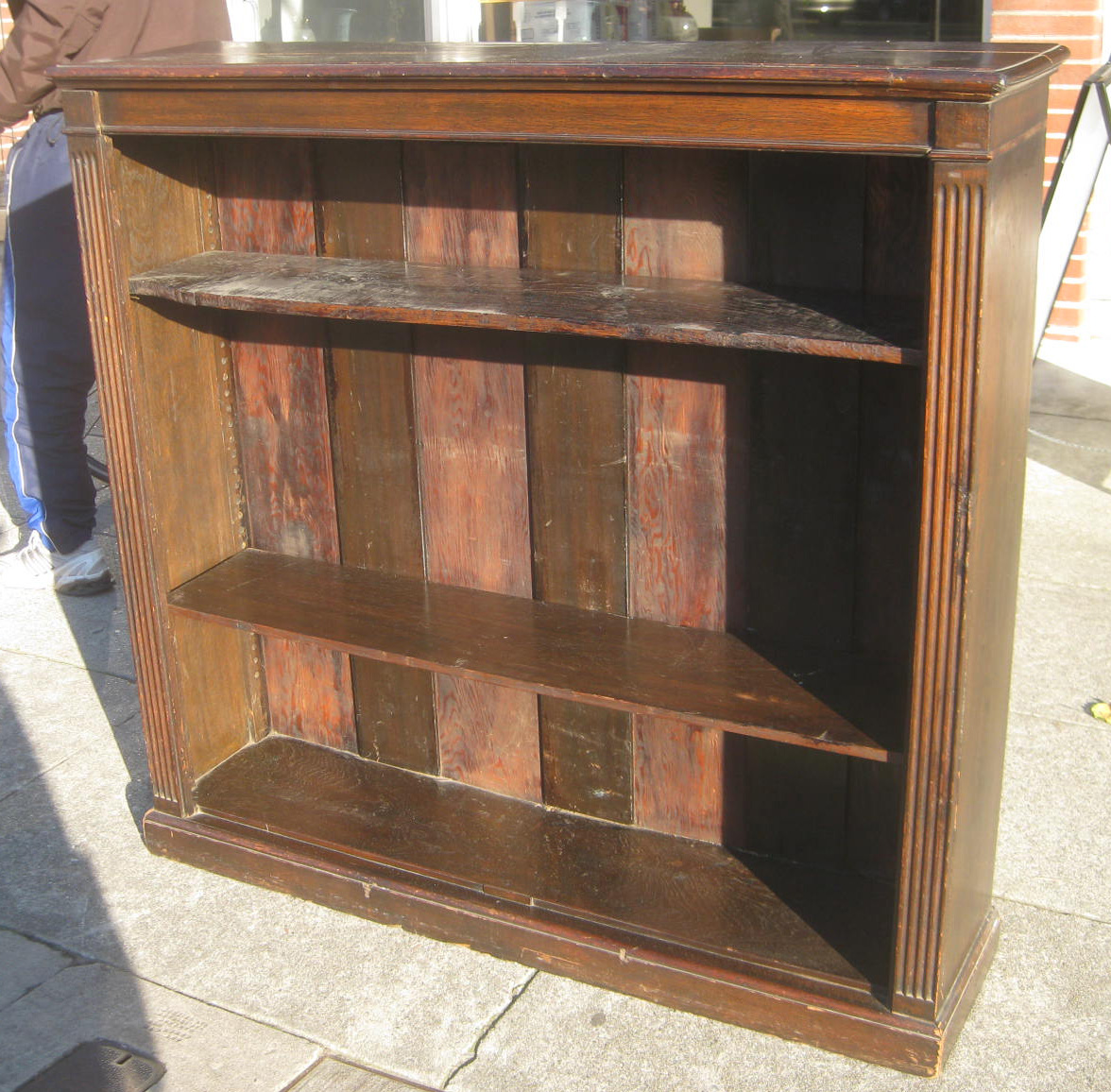 I always wash my projects down with a TSP solution before beginning to paint them.   I washed and washed but my rag just kept coming black, and I mean BLACK.  I concluded that, that poor cracked and warped top had actually been burnt.  Poor baby!!


I know chalk paint is all the rage right now and sometimes I do use it.  But on bigger pieces, I don’t really care for the mandatory waxing or clear coating that comes with using chalk paint.   Also, given the burnt top and how dark and old the bookshelf is, I felt a good primer was neccessary.  Now if you ever use primer, you probably know that there are some great products available now.  They’ll seal, block and will even adhere to the slickest surfaces, such as glass.  But really sealing and old piece of wood so it won’t bleed an ugly oily yellow thru your pretty new coat of paint, well that’s a different animal altogether.  I've tried a few different primers, but I always come back to what I feel works best and that’s Kilz.   So I primed with Kilz, and gave that poor burnt top an extra coat or two for good measure.


After the primer dried I 'dry brushed'  the entire piece with white.  If you're not familiar with dry brushing; it's pretty easy.  Just dip your brush into the chosen paint; then scrape it all off and start painting with a 'dry(ish) brush'. You can go in one direction or  every which way, depending on the look your after.  You can keep layering until you get the right look and you can layer mulitiple colours so that each colour will peak thru a bit.  No matter the method, it's results are always beautiful and it instantly adds a graceful patina of age to a piece.  My usual method is to go in the direction of the wood grain.  So, once the entire piece was dry brushed in white, I dry brushed the inside back with a french blue and then a final coat over that with a slightly greener blue.  I love the way the two colours work together. 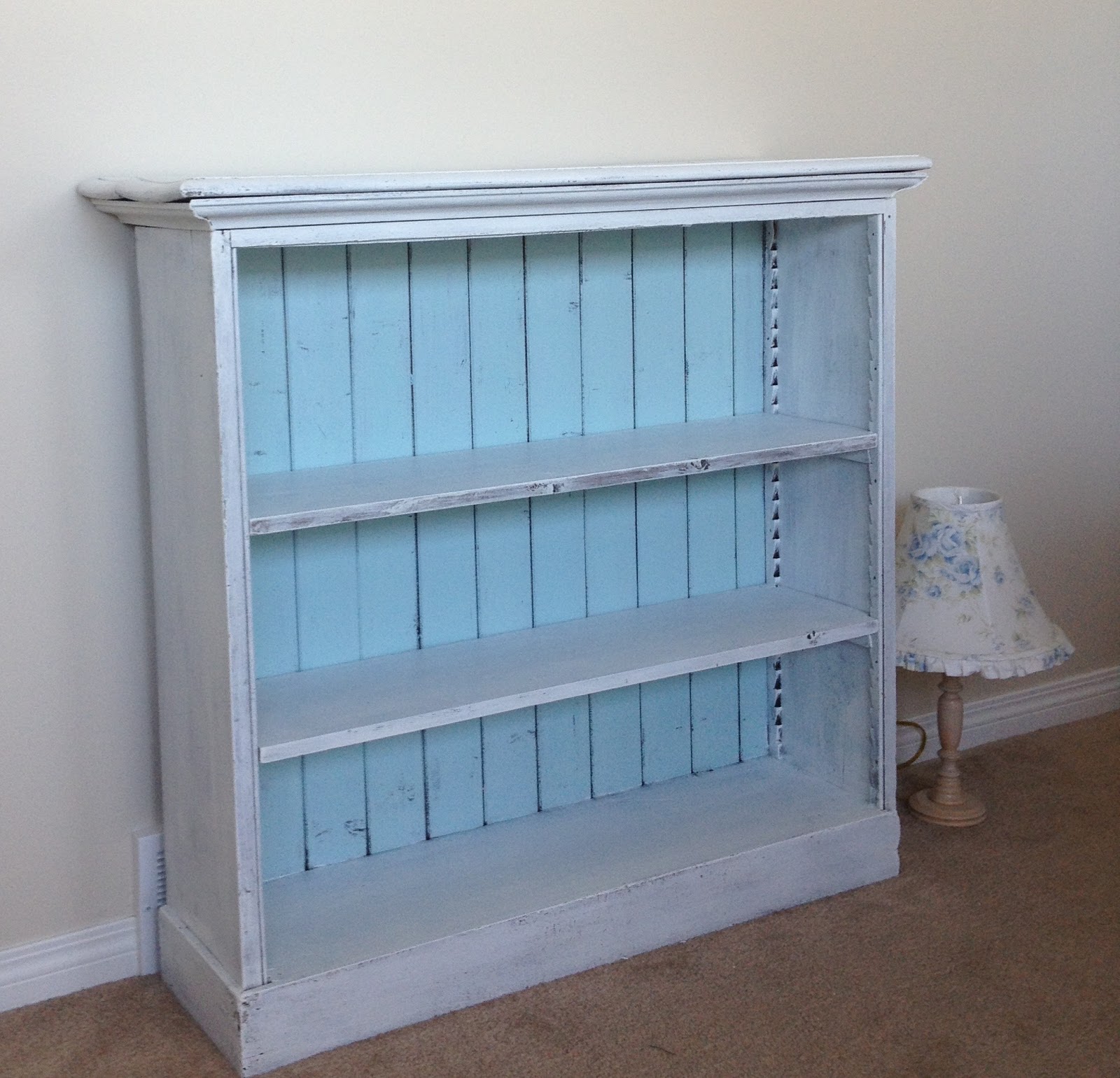 and all dressed up with some pretties.... 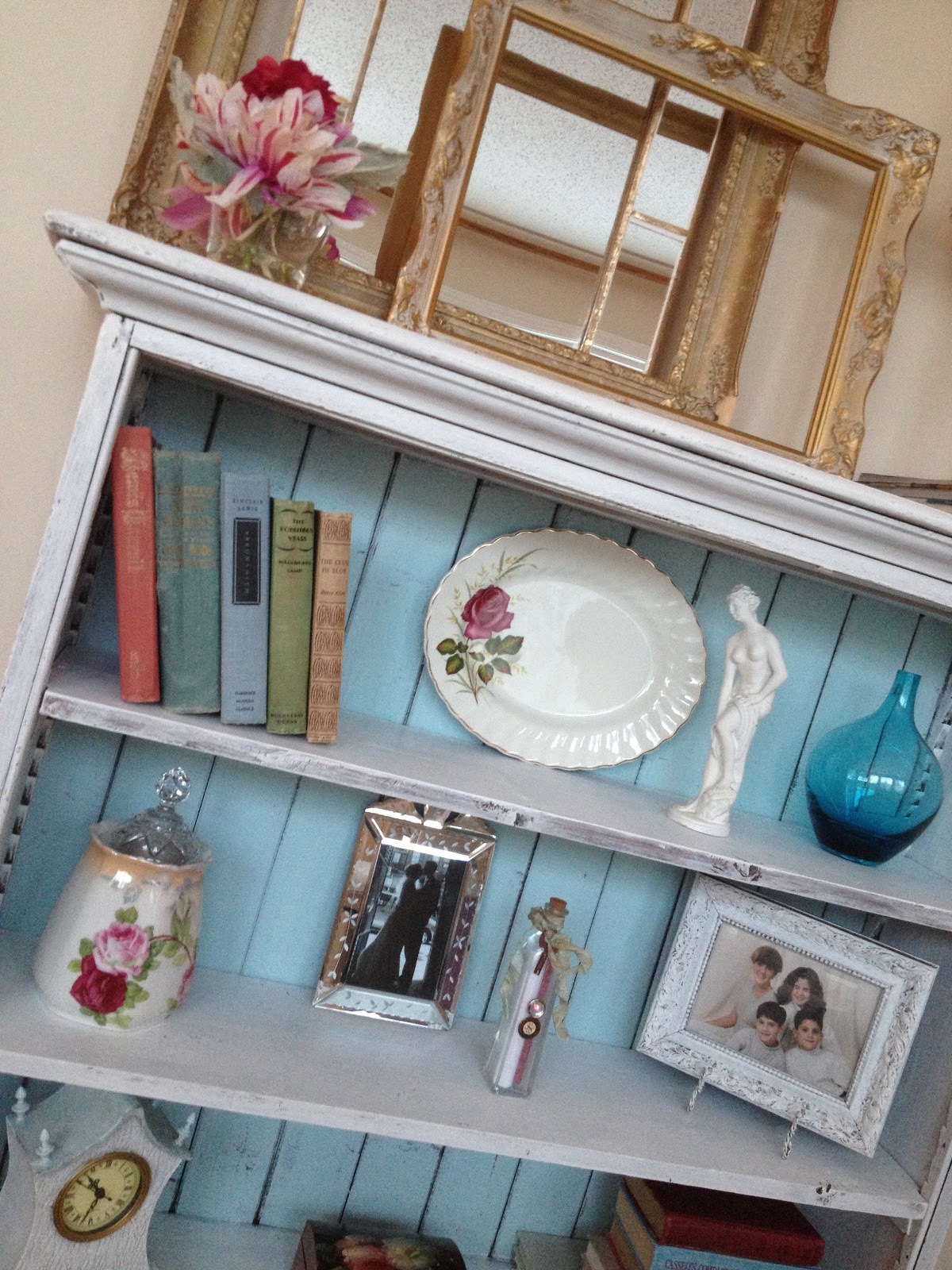 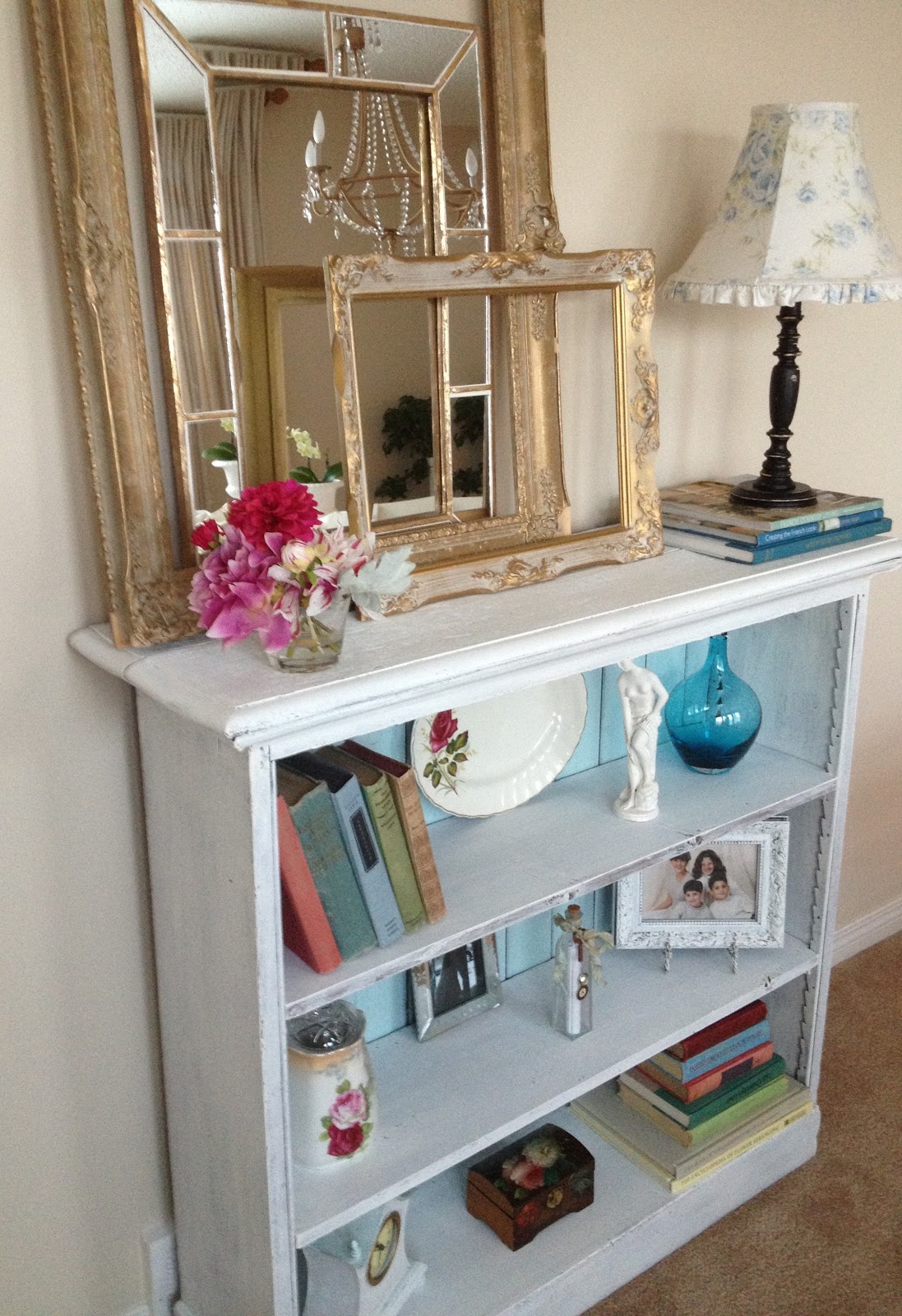 I'm in love with that blue green paint colour combo.........I think you'll be seeing more of that in upcoming blogs!

Thanks for stopping in.