I've had this end table kicking around my house for about six years now.  Unfortunately I don't have an original picture of it; but do you remember back in the late 90's when this sort of stuff was in style? 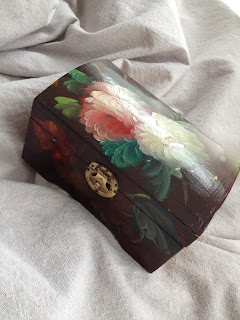 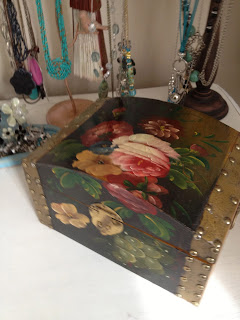 Yes, it was a pretty style, but it has had it's day!!   My end table was finished with something that looked like a crinkled brown leather and then had a rose painted in the centre of each door in the same style as the boxes above.  I bought it because it was a good price, on clearance as I recall, but never really liked it's finish, only it's lines

So it became the victim of this first badly failed makeover.  I lived with this for at least four years, until last week when I decided I could NOT stand it for another moment!!  Ugghhhh!!! 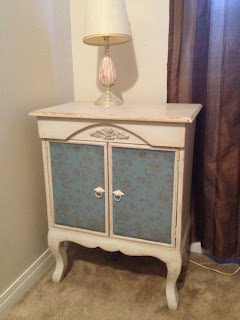 I had to scuff up the clear coat a little (I clear coat everything to protect it).   I first painted the bottom apron and legs white and then did my usual layering of blues and blue greens on the body.  I never really have a recipe, I just keep on layering until I'm happy.  You can't tell in the photo but because of that crinkled leather look, the paint actually layered in an interesting way.  After I gave it a light distressing, I transferred a vintage graphic from L'Hotel Victoire onto the centre of the two doors.  Since there is a raised edge that borders the doors, I new it wouldn't come out really well, but I love that it looks old and distressed.

And here it is....third time's the charm! Very pretty, I took it to my booth at the local antique market where it SOLD. 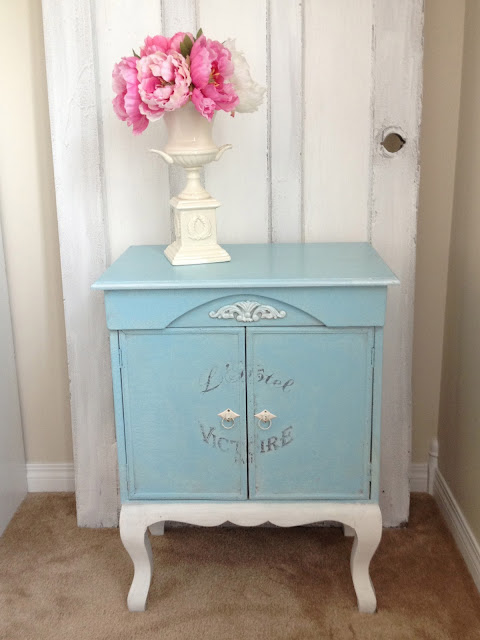 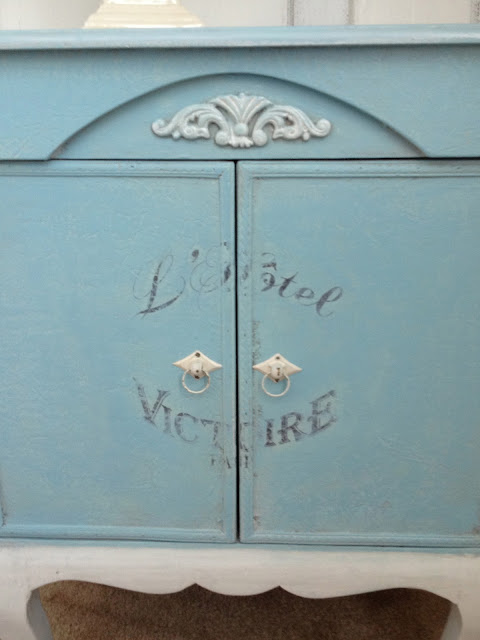 If you'd like to get the graphic, follow me on pinterest and check out my 'crafting - free downloads' board where you'll find this one and many more. 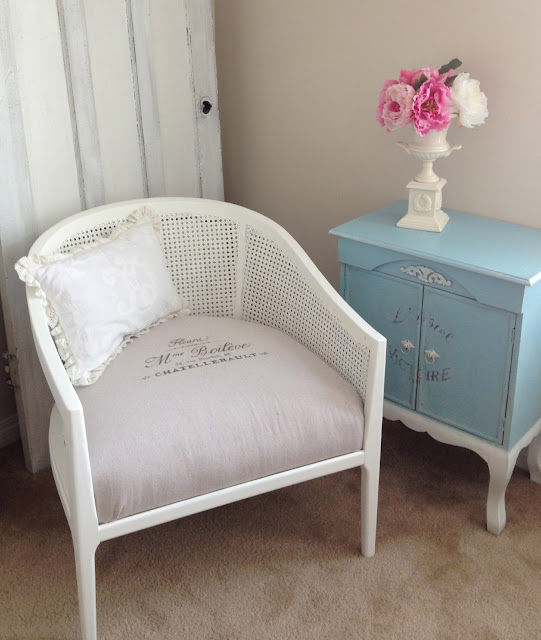 You can find the story of the chair shown above, along with it's graphic image here.

Thanks for stopping by.  Caio!